When you book with an account, you will be able to track your payment status, track the confirmation and you can also rate the tour after you finished the tour.
Sign Up
5051

This Ait Ben Haddou Day Trip from Marrakech is a perfect choice for those who want a glimpse of the Atlas Mountains and unique Berber’s kasbahs. The Berber tribes had long lived in this region and ruled the Salt Caravan Routes, the trade routes from the north of Morocco to its south, for centuries.
A three-hour drive takes you to the gateway of Sahara, crossing the Tichka Pass over the High Atlas Mountains. Just after the pass, we find ourselves on the ancient route that caravans used on a way from Marrakech through the Sahara Desert to Timbuktu, and beyond, to Niger and old Sudan, bringing back the much sought- after goods to the court of the Sultans.
We soon reach Telouet, now a dusty little village that used to be a flourishing town with a fortified citadel and magnificent pasha’s palace. 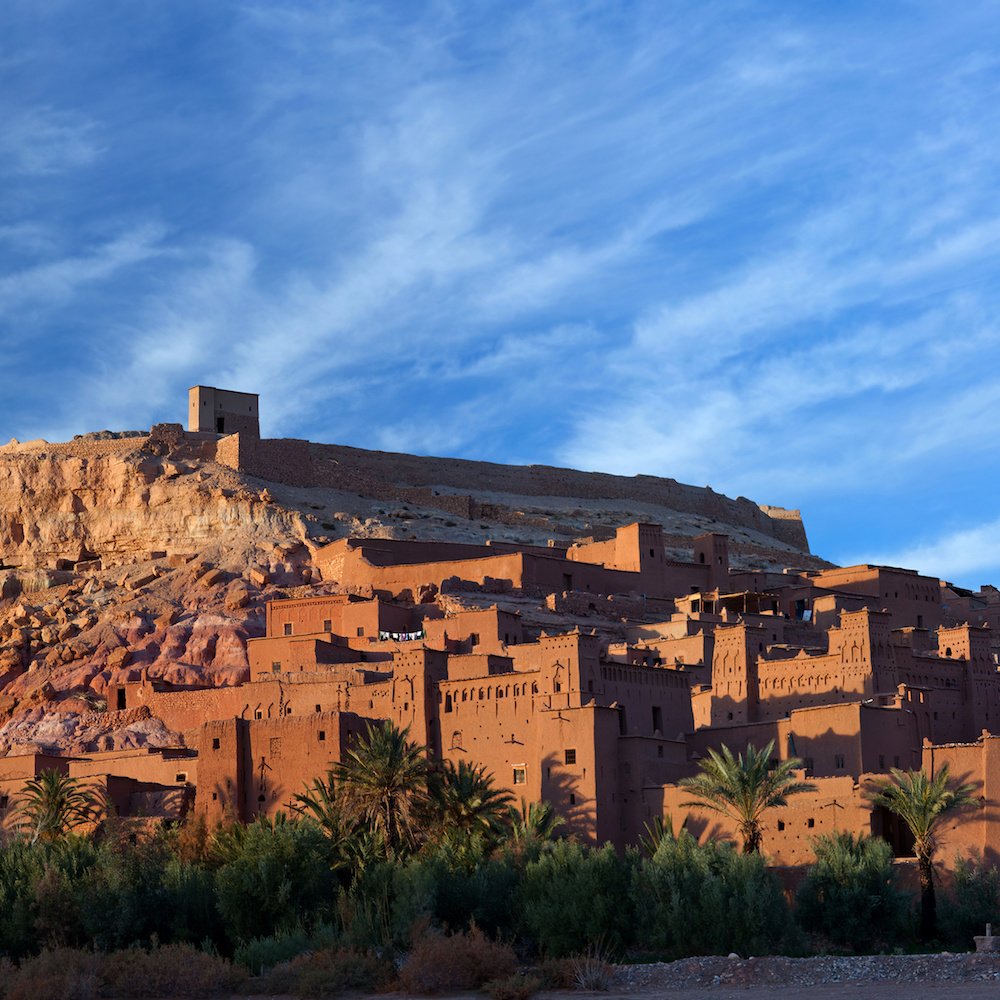 The powerful Pacha El Glaoui built a palace in the middle of nowhere, where his family had originated from. The palace that resembles a huge sand castle was expertly built against the beautiful background of the mountains. It is made of a mixture of clay, straw and limestone, and therefore extremely fragile. Although the external facade of it is eaten by the winds, it has been recently reconstructed, and with labyrinth of passages, chambers, luxuriously decorated with mosaics, and numerous courtyards, this historic monument is a nice example of Moorish architecture and a glimpse into Morocco history of 18 -19 century.

Then in the afternoon is the time to visit Kasbah Ait Ben Haddou – UNESCO World Heritage Center and one of most beautiful Kasbahs of Morocco.
The Kasbah (ksar, fortress) is actually a fortified city that was founded in the 11th century, but fully completed 17th century. It is located in a Draa valley that lies to the south of the High Atlas mountain range, on the left bank of the Ouarzazate River. Centuries ago, along the river passed the caravan route from Timbuktu to Marrakesh through Zagora, and the fortress was built with the goal of protecting the important trading route, providing the exhausted travelers and the merchants the overnight shelters and rest and, and replenishing the empty supplies of food and water.

Kasbah Ait Ben Haddou is a vivid example of the adobe architecture of southern Morocco. Located in the picturesque mountainside and the city is surrounded by defensive walls with fortified corner towers. The flat roofs of low-rise red-brown buildings are covered with bamboo poles and a layer of red clay mixed with straw. The horizontally running streets are interconnected by narrow aisles, arches and narrow passages leading upward and upward. In spite of the abundance of the local ‘guides’, the best is to just lose yourselves for a few hours in its alleyways.
After spending a few hours at the site, we will be going back to Marrakech from your Kasbah Ait-Ben-Haddou day trip by a picturesque road through the Atlas Mountains, just in time for your dinner. 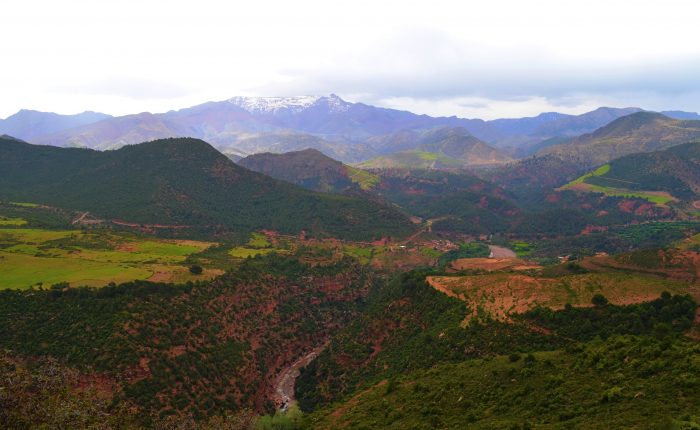 Atlas Mountains, Ourika valley, Asni , Berber markets and much more is what you get […] 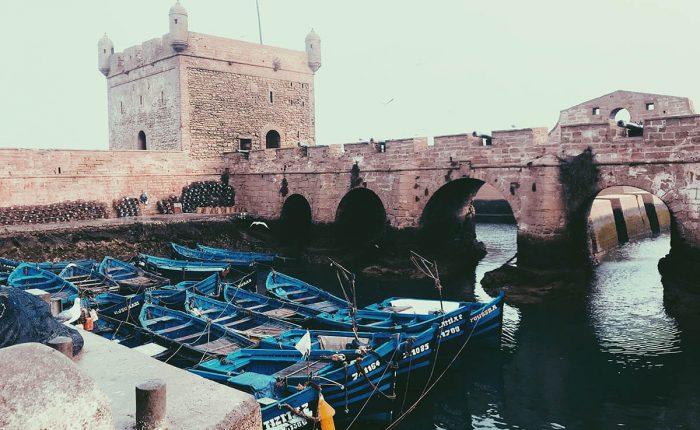 browse the souks for the best argan oil, visit the world heritage Medina and having […]
6 travellers are considering this tour right now!
WhatsApp us