Sip your tea slowly and savor the delicious mint Moroccan culinary art, the result of traditions and secrets are jealously guarded and handed down from mother to daughter, where all the flavors are blended expertly. Rest in romantic Riad of charm that we have selected for you, little gems of architecture and old houses renovated and managed by European lovers of Morocco, where you can live more deeply the charm of the Moroccan culture.  And finally let caressed by a massage, surrounded by the vapors of the hammam, to complete this multi-sensory experience that will remain forever within you.

At Morocco Shiny Days we offer great Morocco travel packages and tours that cover the most interesting destinations in Morocco. Morocco is renowned for its diversity with many cultural influences and constant change in geographical landscapes from the shore line of the Atlantic Ocean to the picks of the High Atlas Mountains, and into the dunes of the Sahara.
Our listed tours can start on any day and anytime and can be further personalized to meet all your travel needs.

Morocco is a unique country with rich history, influenced by centuries of diverse rulers.
With blend of cultures, languages, religions and cousins. Moroccan history stretches back for more than a millennium: from the days of the Amazigh, the Berbers, indigenous people of North Africa, centuries of Roman empire, though spread of Islam, changes of powerful dynasties, establishing strong ties to Europe all the way to the diverse country it is today.
With its blend of culture, languages, religions and cousins it is a mix of diverse customs and traditions, and we try to show that diversity in our selection of Morocco vacation packages and tours. 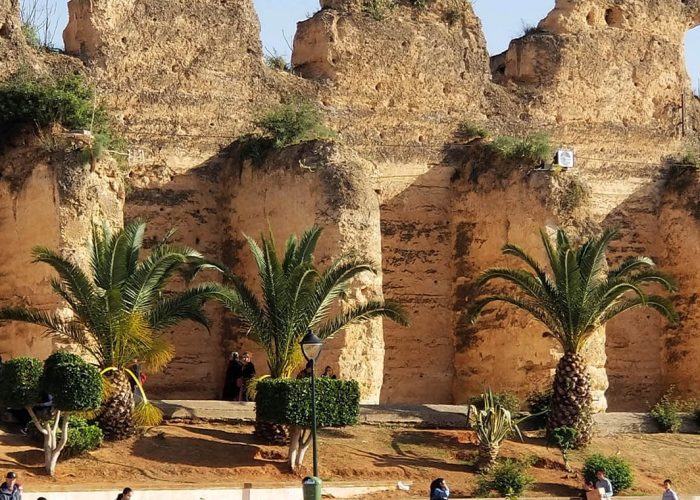 Casablanca, the 4 imperial cities (Marrakech, Fes, Meknes and Rabat) with chefchaouen and Sahara Desert are all on the list of this private Morocco tour 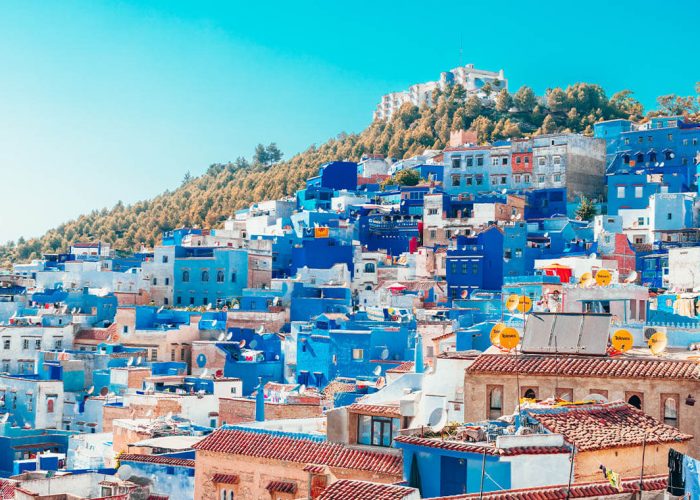 The highlight of our 2 Day Trip Fes To Chefchaouen is exploring the fairy tale -like village and its azure alleys while hearing its history being told by a local guide . 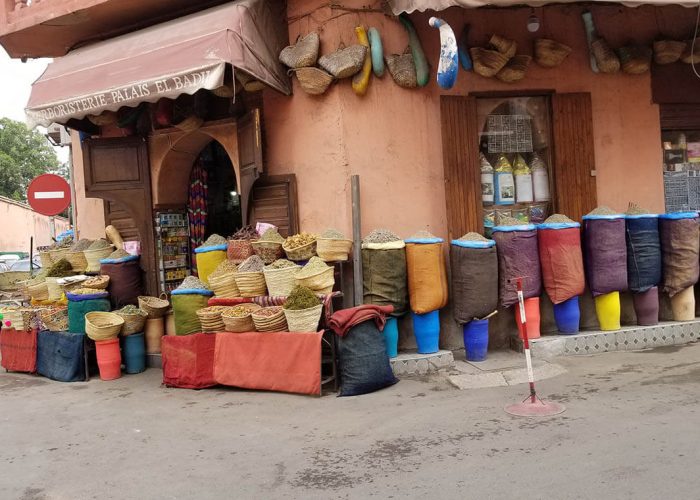 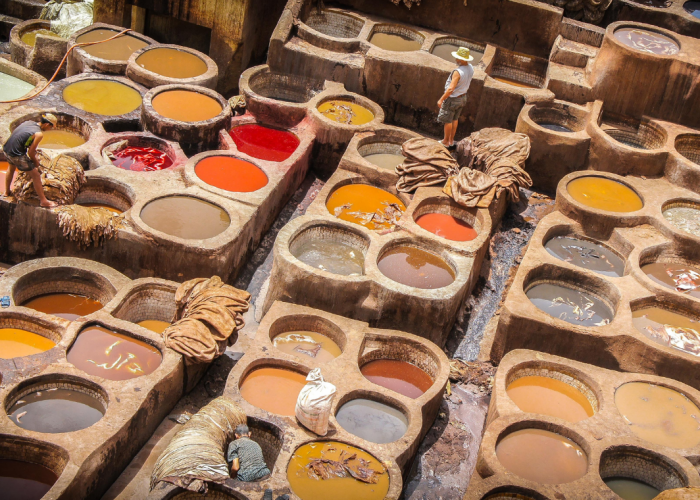 How to travel Morocco without making a detour to its old Medinas? In these maze of streets, between places of social life and shops, getting lost is almost an art. 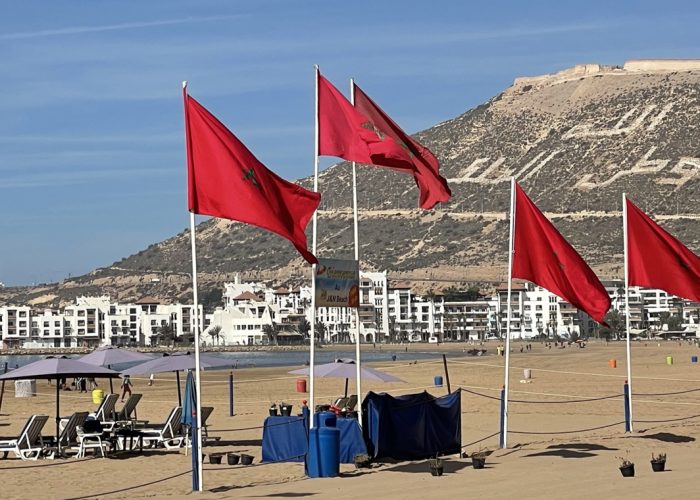 In the south of Morocco, the Sahara extends its immensity along the ocean. It is in these provinces that we discover this grandiose territory of sand and ocher rock that meets the Atlantic. 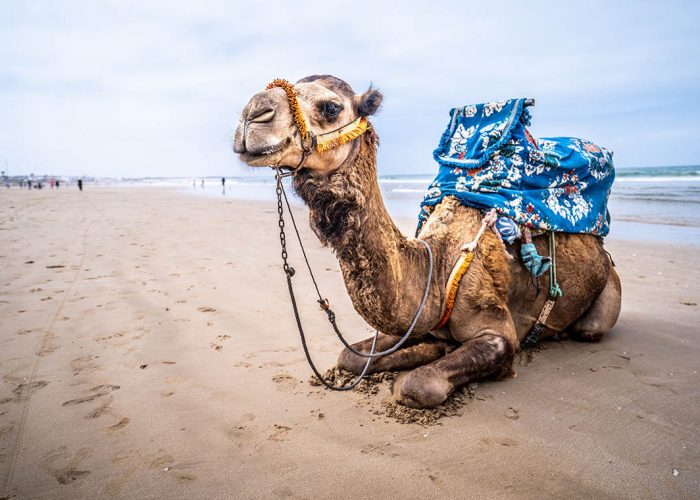 When you select one of our Morocco travel packages, a 14-day Grand Morocco Tour, and embark on a voyage across Morocco, in a single journey you will find yourself exploring 4 Imperial cities of Morocco, traveling though the heart of the country, visiting nomadic Berbers of Atlas Mountains, riding camels in the Sahara Desert and enjoying fresh breeze of Morocco Atlantic coast from Agadir to Casablanca.

Rabat, Fez, Meknes and Marrakesh are 4 of the Moroccan royal cities are known as the imperial cities. Despite the differences, these cities share a bond, they each have been at one point of in Moroccan history, the capital, they all contain cultural and architectural treasures of each epoch. Rabat as the nation’s Capital, it is calm, orderly and peaceful. It was only at the beginning of the 20th century under Moulay Yusef, when the city became an official residence of Moroccan Royal family.
Meknes is one of the Moroccan Imperial cities and, and a UNESCO World Heritage Center. The travel guide Lonely Planet named Meknes one of the 10 places to visit in 2019 . Meknes reached its glory during 55 years rule of Sultan Mulay Ismail in the 17th century when it was the capital of Morocco. It was a Moulay Ismail’s wish to transform Meknes into the exquisite royal city, a Moroccan Versailles. There were more than 30 palaces built within the 45 kilometers long wall of the medina under his reign.

Fez is probably the most exotic of all the Imperial cities of Morocco. Founded more than 12 centuries ago, Fez has played many important roles in Moroccan history. For centuries,

Fez was the influential economic power in Northern Morocco as well as cultural and spiritual center, and became the capital few times. The Old Fez (Fez el Bali), the Medina, is a UNESCO World Heritage site, and today still remains a full of character, active and liveliest town.

What’s a trip to Morocco without a visit to Marrakech! It is a must travel destination, and the most visited cities in Morocco. Founded in 11th century, Marrakech offers an intoxication mix old and new: vibrant Medina, famous Jemaa el-Fnaa, mosques, historic palaces, tombs and mausoleums, parks and gardens.

If you wish to travel the country in a shorter time, you can select a 9-day Morocco travel package: Morocco Imperial Cities and Desert tour. On this trip you will discover our diverse and colorful country visiting Imperial Cities, Atlas Mountains and the Sahara Desert all in one go.

If you arrive or depart from Casablanca, your trip can include the Hassan the II mosque in Casablanca. It is among the largest and most exquisite mosque ever built, and is the highest minaret in the world.

For those looking for peaceful retreat to the natural beauty of the Atlantic coast we offer a travel package Morocco Coastal Tour South. The landscape of the Moroccan south Atlantic coast is very diverse, with plunging cliffs, peaceful lagoons, fisherman caves, and endless sandy beaches perfect for different types of activities. Our guest appreciated year-round pleasant climate, the endless choices of activities, and the laid-back atmosphere of small fishing villages. 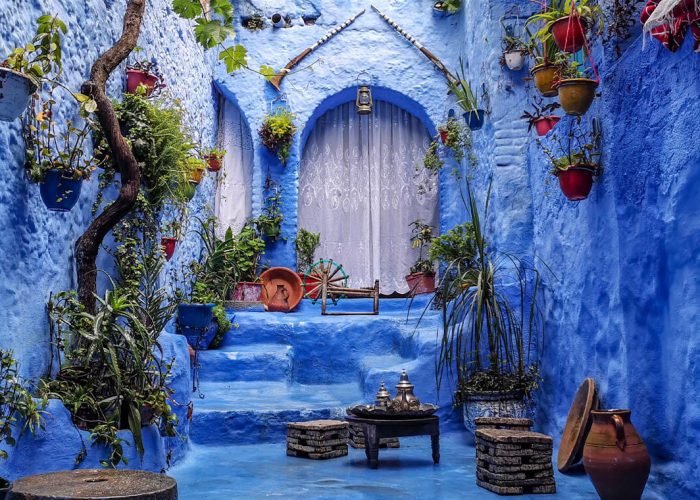 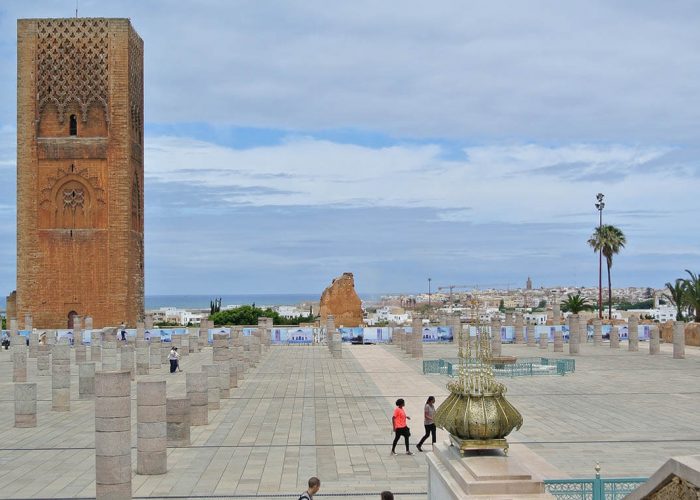 The ruins in Volubilis, The historical sites in Meknes, The Towers, The Dungeons in Rabat and Salé are all worth a detour while on this 2 Day Trip Fes To Rabat

Casablanca, the 4 imperial cities (Marrakech, Fes, Meknes and Rabat) with chefchaouen and Sahara Desert are all on the list of this private Morocco tour

If you wish to explore the northern part of Moroccan Atlantic shore, you can take Northen Morocco Tour. and start your 5-day tour either in Tangier going toward Casablanca or in Casablanca going to Tangier. We suggest spending a few days in picturesque port town Essaouira, then allow a day for exploring El-Jadida’s old Portuguese city, historic medina and cisterns, and stop for dining on great seafood and oysters in charming resort village of Oualidia overlooking natural lagoon. If you wish, you can include relaxing and sporting activities at 5-star Mazagan Beach & Golf Resort with a top class 18-hole golf course.

No matter what Morocco Travel Packages you chose our team will help you to create your perfect Morocco vacation.