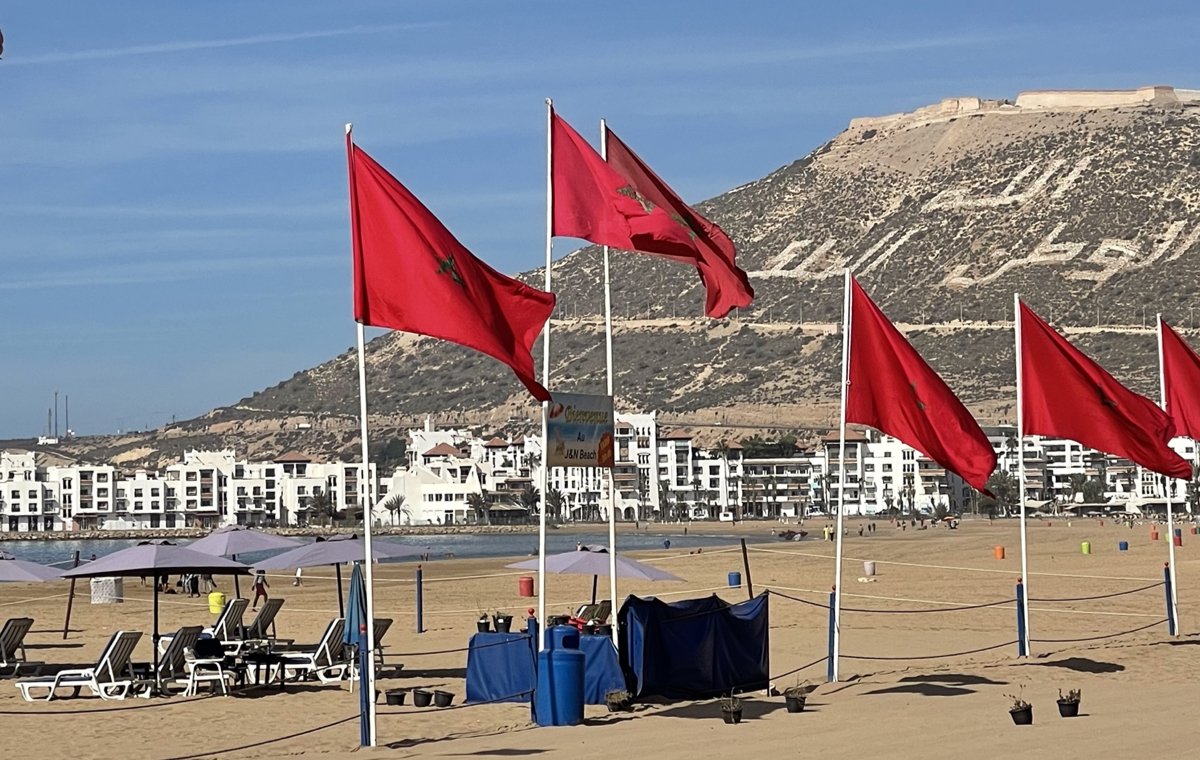 Morocco Travel Guide – Morocco Through The Eyes Of A Local.

There is no doubt about it: your trip will be superb. Morocco is a fabulous country, you just need to know some rules, habits and customs. This is the only purpose of this little vade mecum voluntarily exaggerated and slightly teasing…

Moroccans speak French: this is true but not always, especially in the countryside. Nevertheless it will happen sooner or later that someone speaks English. The Moroccans are welcoming: this is very true. A little too much in the souks. Ask for your way preferably to the shopkeepers (grocers, milkmen…) to avoid being walked around.

You can be invited into a family. It is quite common and spontaneous, especially in rural areas. Do not refuse. You enter the house without shoes (think of the socks!). Greet your hosts, but do not kiss or shake hands, unless you are given a hand. One does not refuse a glass of tea. Or even a meal. Eat like everyone else: with your right hand. Remember to wash your hands systematically. And never drink tap water. Practical accessory: the bottle of bacterial gel.

Don’t throw yourself on the first dish. The chicken tajine with lemon is invariably followed by another dish, such as beef with prunes, followed by a couscous and finally a pastilla! Reserving yourself from the start allows you to honor each dish. And to conquer the hearts of your guests.

Bring a small gift but no money. Don’t just talk about yourself. Ask about the family, your new friends. Avoid talking about the King and religion or the place of women in society. An angel would pass by. As for the ex-Spanish Sahara, you don’t even know it existed. Still in the countryside, don’t take pictures of someone without their consent. It is believed that the soul will be stripped a little with the photo. In tourist areas you will be asked for a coin, even to take a picture of an animal.

Dirhams can be found everywhere in the city in ATMs. Less frequently in the Great South where there are few cities. Taking a cab (a “small” cab in town) implies that you have defined the price before getting in. There are 2 types of cabs: small cabs and large cabs that can be recognized by their size and color. The small cabs operate only in the city and the large cabs can go out of town. Rates vary and the best thing to do is to get the driver to set the meter… not always easy in tourist areas. Count 50 dirhams minimum for a race in town and 100 dirhams minimum if you go out of town to go to the palm grove for example.

Taking a “big” cab between two cities is one of the last human adventures. You are crammed into a smoking Mercedes, exhausted from the German Autobahn, driving at full speed on the Moroccan roads. Incidentally, Morocco is probably the country with the highest proportion of Mercedes in the world, as the Rhineland sedans come here to spend their last days in the sun. Driving in Morocco is not a major problem… during the day. Keep in mind that the improbable is possible, that the unexpected is likely and everything will be fine. The road is a place of conviviality where you can meet anything that rolls or gambols: carts, bicycles, tractors, donkeys, goats, etc. During the day it is picturesque. At night it is dangerous. So avoid driving at night. If only to enjoy the landscape. It is worth it.

The little practical thing; the cheich to take everywhere, for the evening coolness in winter, or to protect yourself from the sun or sand. Decent clothes are a must, shoulders and legs covered if you walk in the medinas or villages. 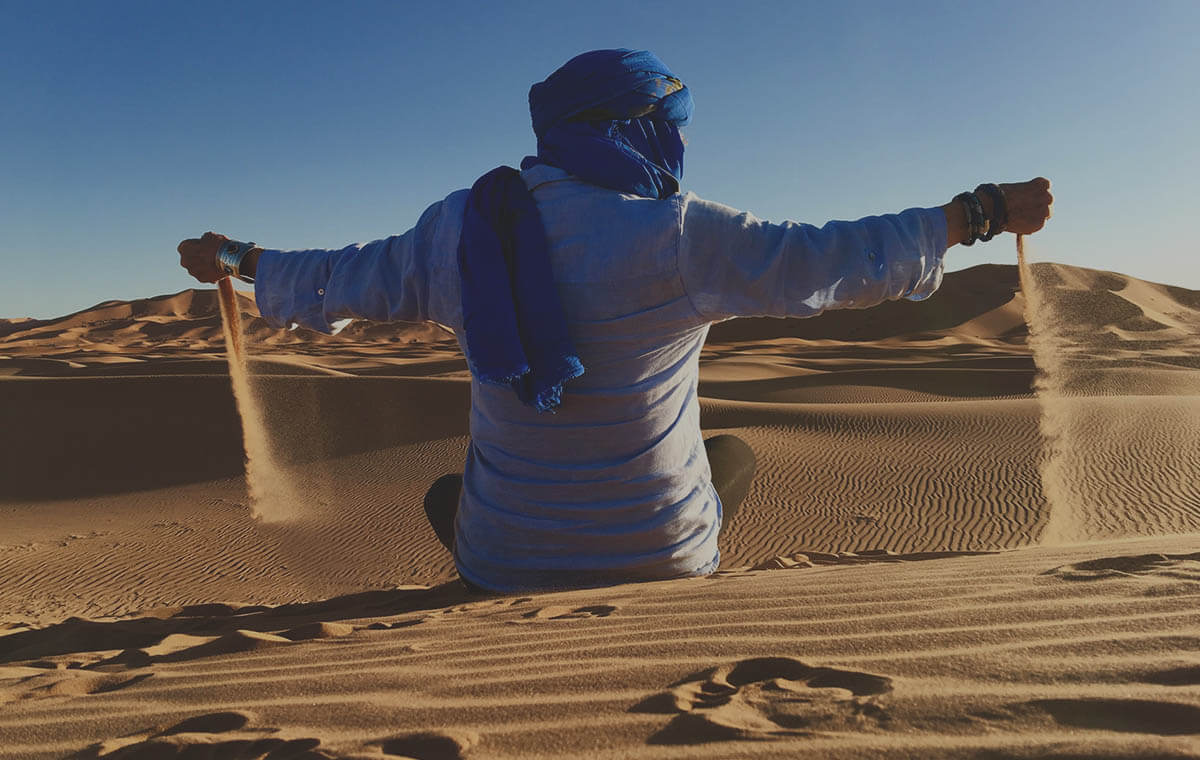 If Morocco is a welcoming country in general, the souks and very touristy places should not be approached with naivety. A Moroccan crossed in an alley of the souk will not spontaneously find you sympathetic for your (undoubted) human qualities. His enthusiasm to meet you, his warm gestures, his invitations are perfectly prepared and have only one goal: to make you buy. Remember to always specify whether the price is expressed in dirhams or in euros. To say that you should divide the prices by three or four is an understatement. Sellers have also read the warnings in the guides and have adapted their prices accordingly. Be careful when buying carpets and ask our concierge for advice. All of this is done in good spirits and if you show that you are not fooled, you will get some appreciation from the seller. There are also more and more stores in town where the prices are fixed and non-negotiable. But as long as the barcode has not reached the medina, haggling is king. And that’s just as well.

The month of Ramadan brings changes in the local rhythm. Out of respect, you should avoid eating, drinking and smoking in public during the day. If life slows down a bit until the middle of the day (the schedules of sites, museums, souks and stores are modified), the evenings of Ramadan, marked by the breaking of the fast, deliver a unique atmosphere. Rest assured, however, that most restaurants remain open and hotels follow their usual rhythm. The end of the month of Ramadan concludes with three days of celebration during Eid El-Fitr. And 40 days later, the shops close again and families sacrifice a sheep for Eid El Kebir.