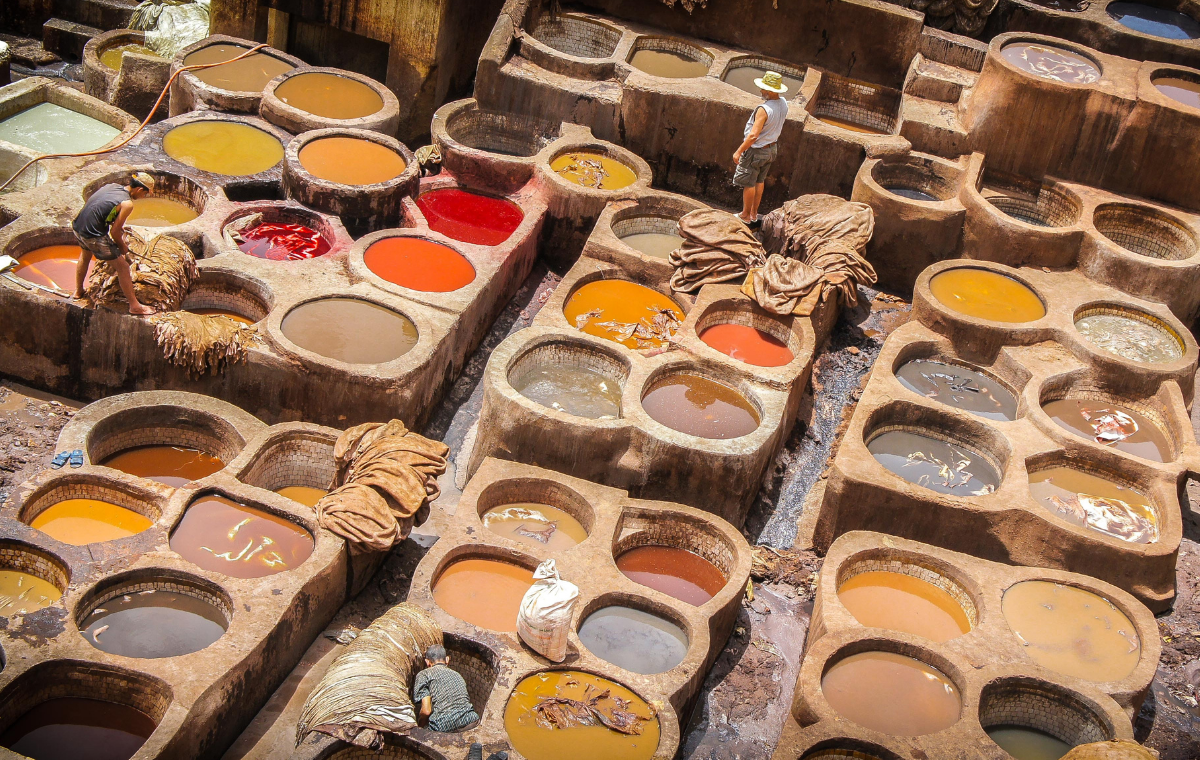 It is not easy to make a short introduction to Morocco, a diverse country with colorful cities, majestic palaces, architectural landmarks, distinctive great cuisine, and natural landscapes where the thousand-year old traditions are merged with modern technologies of the West. As you travel Morocco you can see how the country’s history and culture was influenced by the Berbers, the Roman Empire, the Islamic Empire (that brought both the Arabic language and Islam to the area), the French, Spanish and Portuguese settlers. We encourage you only to look, be curious, and ready for endless discoveries. 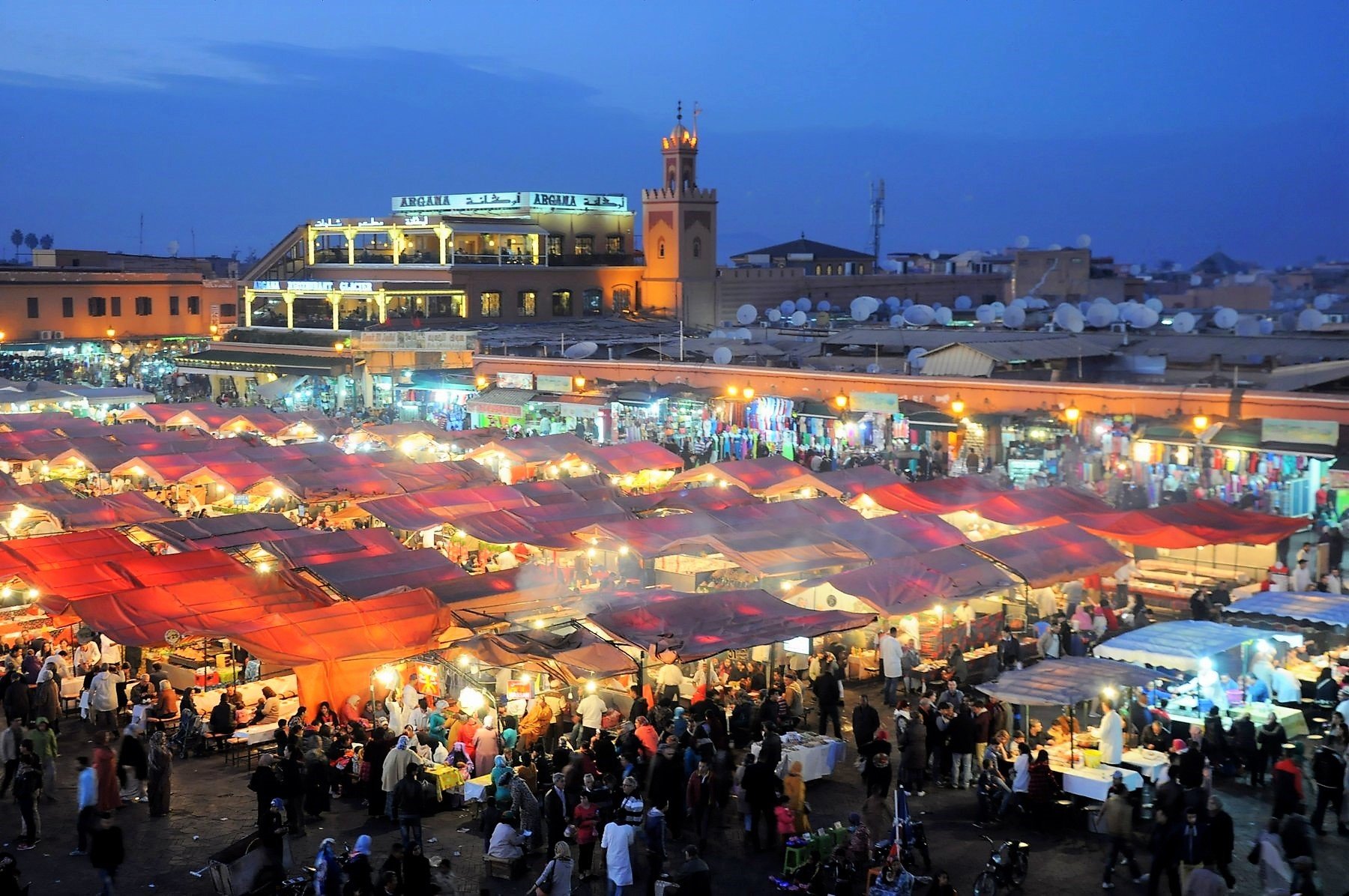 The sights of the Morocco Imperial cities are monumental and mysterious, a walk along them is a touch to a thousand-year old culture.

Rich with an ancient history that dates back to the 3rd century BC, when the first settlement was founded here.
Today Rabat is the current capital of Morocco, home of the royal family. It is a city of parks, wide avenues, and the destination for golf in Morocco. For the avid golfers, scheduling a tee time at the Royal Golf Dar Es Salam is a must.
Some of Rabat’s architectural highlights include the Mauritanian fortress of the Kasbah of the Udayas, the ruins of the Mosque Yakub al-Mansur and the unfinished Hassan tower are all reminders of the city’s glorious past.

It is not only the oldest of the four imperial cities and the fourth-largest city of Morocco. It is also cultural, spiritual and craftsmanship capital of Morocco.
The Fes medina Fez El-Bali (UNESCO World Heritage Site) is the world oldest and largest UNESCO heritage center.
When you plunge deep into the endless medina labyrinths of streets and alleys (there are as many as 6,000 of them!), you will find yourself in the center of wonderful boiling life of an ancient city with mosques, madrassas, colorful merchants shops, and handicraft quarters.

The most visited and most diverse tourist city of Morocco with more than 8 million tourists a year consistently making it onto many of the worlds most prestigious “best travel” lists.
When enjoying walks in the Medina of Marrakech (UNESCO World Heritage Center) a stunning kaleidoscope of colors and smells surround you: spices, lanterns, fruits, carpets, silver crafts, mirrors and bright fabrics of scarves.
Marrakesh heart has undoubtedly been the Jemaa el Fna square since the 10th century and still is. The other symbols of the city and most visited sites are the Koutoubia mosque, the Bahia palace built for the beloved vizier’s wife, and the medieval dignified El-Badi palace, contemporary Majorelle Garden – Jardin Majorelle.

Called “Morocco’s Versailles” for its beautiful gardens, palaces, minarets and mausoleums, is a much cozier and intimate, but never the less, full of noble greatness.
It is somewhat surprising to see Roman ruins of Volubilis near Meknes. During the Roman times it was the southernmost settlement. Today it is a huge architectural site full of archeological gems and is one of the best preserved such ruins in the world. Absolutely worth spending a few hours walking among the green fields and Roman ruins!

You cannot travel Morocco and not stay in one of the many riads – or traditional houses. Simple and unassuming on the outside, but always surprising and beautiful on the inside with interior courtyard gardens, fountains or swimming pools. Today many riads have been turned into hotels and B&Bs. Even if you prefer other accommodations, make a point to check out several riads: some of them simply ooze of grander and splendid architecture, other smaller, cozier, and warmer, but all with impeccable interior decoration, incredible colors, style and comfort. It is impossible not to get charmed by the Moroccan intricate lanterns, carpets, colorful tiles, beautiful decorative pottery – everything shows great taste and attention to details. 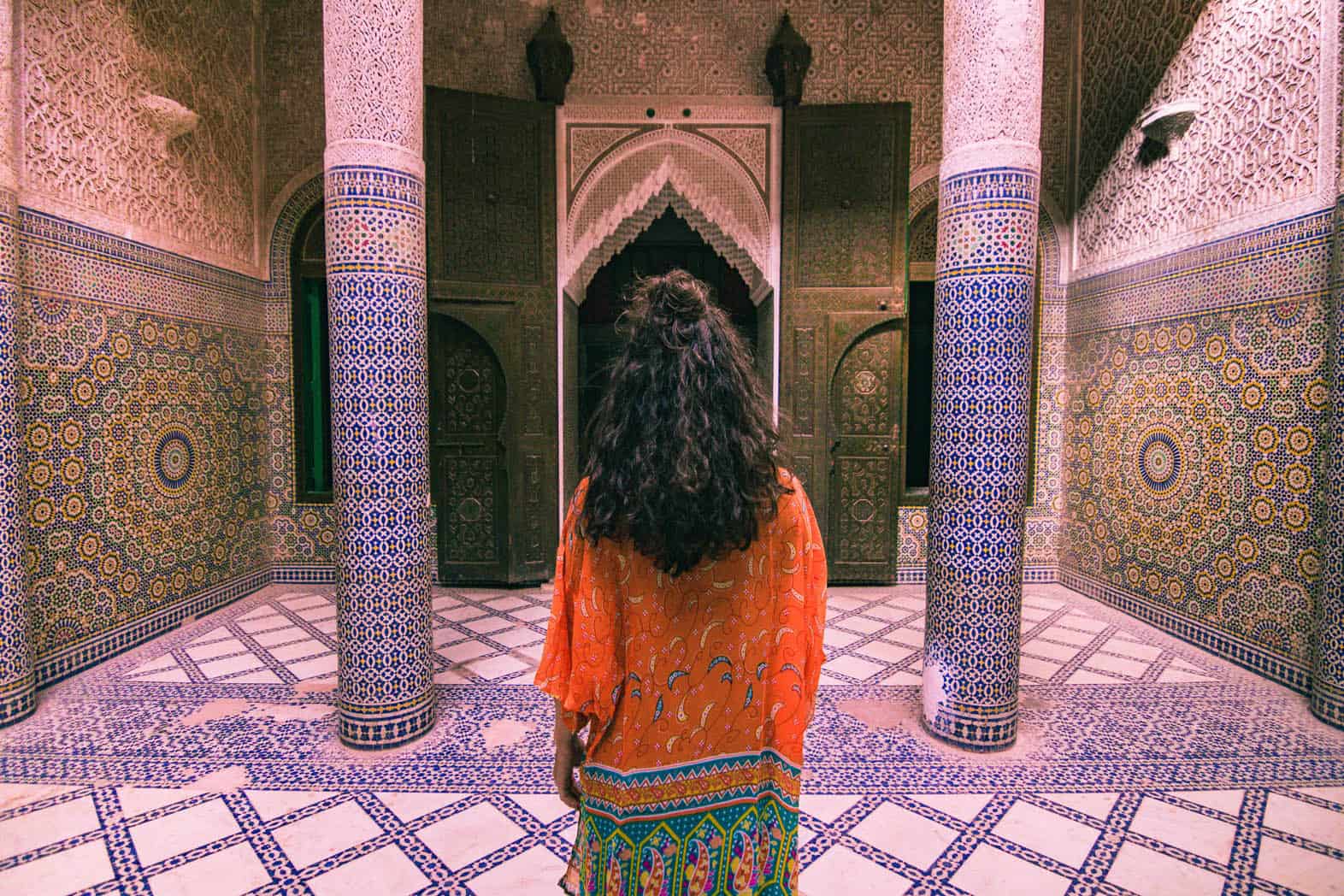 Another traditional style house in Morocco which is mainly built inside a ksar (fortress). The most famous clay fortress of Ait Ben Haddou (UNESCO World Heritage Sites ), is considered the most beautiful in Morocco.
It is a striking example of the adobe architecture of southern Morocco. It is located on the road between Marrakech and Ouarzazate that passes through the Atlas Mountains and is considered one of the most picturesque in the world.

Morocco travel must be accompanied by visits to its famous markets (Bazaars, Souq).
Souq is one of the most important elements of the Moroccan culture and the one of its greatest attractions. In a way it is like a shopping mall with hundreds of shops, only visiting souk you can really feel the spirit of the country. Go there to buy carpets, lanterns, spices, fabrics, ceramics, letter goods, berber shoes (babouches), scarfs and pashminas, dried fruits and any other desert delight you can think of.

The Food during Morocco travel

Morocco has long culinary traditions and its cuisine is one of the best and most distinctive in the world with a use of a variety of subtle spices and surprising combination of flavors.
You just cannot travel Morocco and not enjoy mint tea, tagine, harira soup, couscous, pastilla, fish chermoula, and a variety of freshly made breads and pancakes, including msemen. 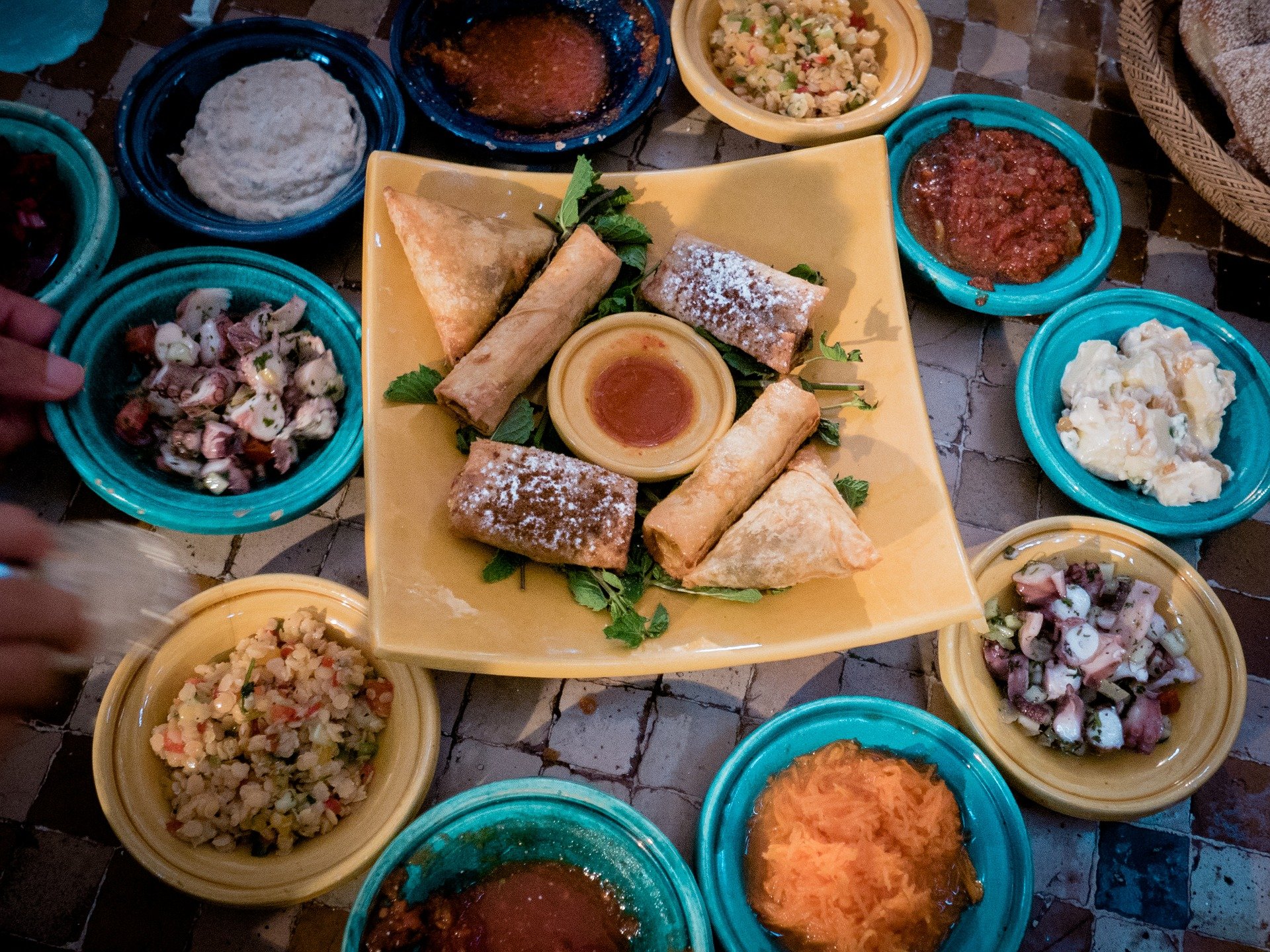 – Couscous is cooked every Friday, a festive meal, a family meal. Popular cooked vegetables are carrots, turnip, pumpkin, zucchini, cabbage, onions, chickpeas.
– Tagine is the way of cooking, name of the famous Moroccan dish, but also the special ceramic pot used for its cooking. You can make Tagine of meat, chicken, fish, seafood with vegetables with characteristic blend of multiple spices, and can only be meat with prunes and almonds or only fish with onion and lemon.
– Moroccan Pastilla is another delicacy not to be missed.
– Bread – freshly baked each day
– Breakfast pancakes (msemen)

If you have any other questions or need additional information about your Morocco Travel, please contact us and we will be happy to assist you with any advice and will help you to plan your best trip ever.