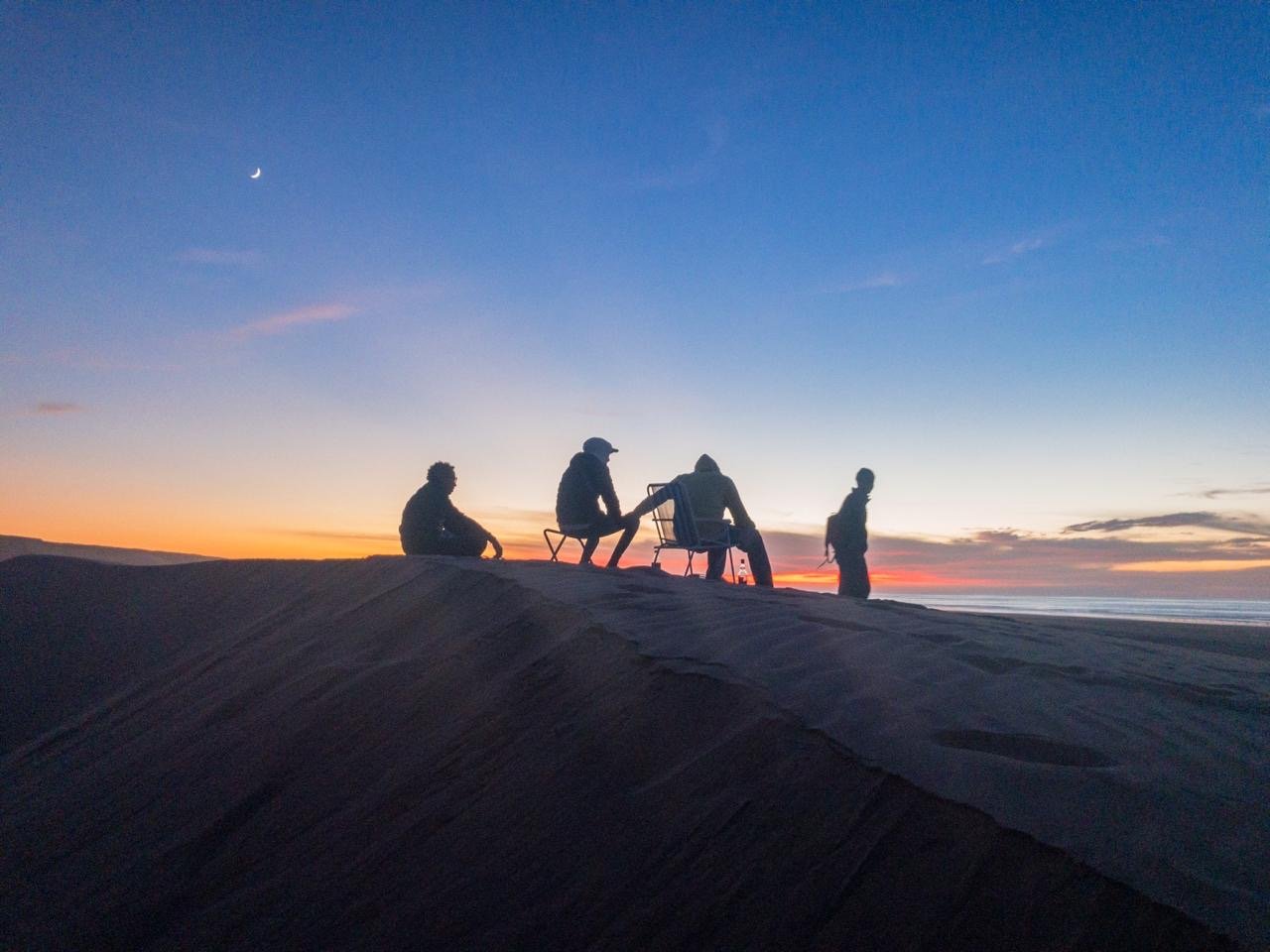 Khnifiss National Park or Naila Lagoon, an oasis in the middle of the Sahara!

Khnifiss National Park seems to come out of nowhere, after miles and miles of desert as far as the eye can see. The place emerges, the cacophony of birds, the infinite blue lagoon, the desert hinterland, wild animals surprise at first sight. We could forget ourselves and believe that we are in another country, yet we are in Morocco, 180 km northwest of the city of Laâyoune, between Tarfaya and Tan-Tan, opposite the Canary Islands.

A myriad of colors

Here nature is generous in color. Khnifiss at low tide turns green, further you can see the blue of the ocean and the lagoon, and finally the yellow of the desert. The bay is one of the first in Morocco (in 1980) to have been included in the Ramsar Convention (international treaty adopted on February 2, 1971 for the conservation and sustainable use of wetlands, which aims to halt their degradation or disappearance, recognizing their ecological functions as well as their economic, cultural, scientific and recreational value). In 1998, the Directorate of Cultural Heritage in Morocco included the Khnifiss Lagoon, or Naïla Lagoon, on the indicative list of Unesco.

Khnifiss Park is the extension of a wetland. The reserve is a site of biological and ecological interest. The park is erected in three ecosystems, an oceanic, lagoon and desert part. In 2006, Khnifiss became a national park, one of the largest in the kingdom of Morocco.

Many titles for a rich but fragile heritage. The site is almost 185,000 hectares, the diversity of landscapes that unfold before the eyes of tourists are exceptional. The wild area is preserved by a building ban. The goal is to preserve the ecosystem and the biodiversity.

Besides the ornithological richness, the marine fauna is diversified. “The desert part is characterized by incredible fauna. We can observe fennecs, porcupines, foxes, red foxes, ”explains the same source. In addition, in Khnifiss, the Cuvier’s gazelle can be observed in its wild state. To preserve this species, the High Commission for Water and Forests and the fight against desertification (HCEFLD) has built a reserve to “reintroduce the species and develop the fact of releasing it into the wild”, specifies the official, who declares that the project is “essential” for the region.

The birds that call at Khnifiss are diverse and varied. Flamingos, White Spoonbills, Barges with black or red tail, Sandpiper, Oystercatcher, but also “several species of waders and larids, such as Seagulls and Gulls”. According to the scientists, important species are present on the Naïla lagoon, such as the Shelduck, the Marbled Teal, etc.

Tourists who go on excursions on the Naïla lagoon pay for the ride on the boat, since there is a fishermen’s cooperative.

The fisherman is also a previously trained guide. They take tourists to the lagoon to watch birds, arouse the curiosity of tourists and finally stop for a fishing session. It all costs 500 dirhams. The excursion lasts a whole day.

Other alternatives exist for all tastes.

The blue area which is the lagoon is dedicated to bird watching. The white zone, to see the exploitation of the salt, seeing that there is a cooperative on the spot, the tourists can discuss with the workers and see how the salt is made. Finally, the yellow zone, which is the desert and sand dunes, is to discover the universe of the park, go hiking and stroll through the important points.