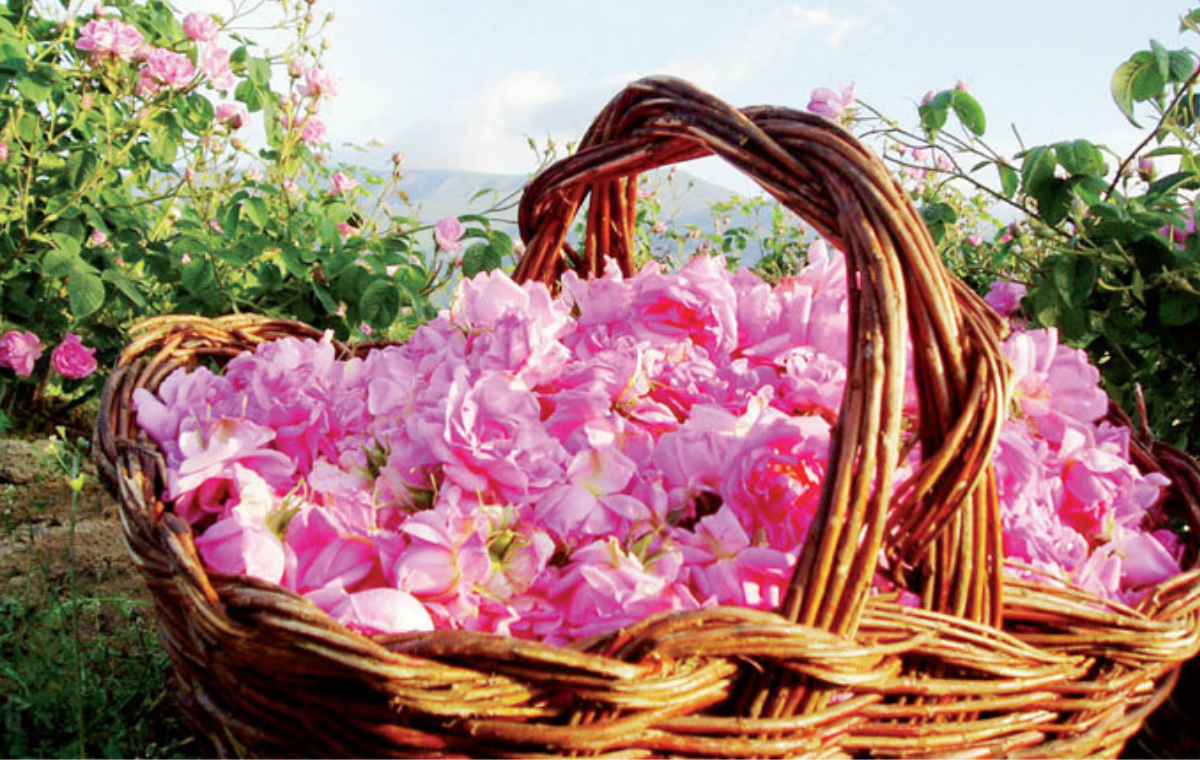 Rose festival at the foot of M’Goun.

Kelâat M’Gouna is a small Berber Chleuh town, located east of Ouarzazate at the foot of the High Atlas. It takes its name from the Arabic term “el qal’a” which means the fortress or citadel and M’Gouna, because not only does it stand on the banks of the Dades wadi (river), but also near the M’Goun wadi, its tributary, thus taking its name from the second Moroccan massif, the M’Goun, culminating in 4070 meters of altitude.

The valley of the roses which extends on several tens of kilometers along the banks of M’ Goun until its gorges is one of the most appreciated landscapes of Moroccan south. It is necessary to walk its paths in April/May when the roses bloom and exhale their perfume mixed with the scents of almond trees in bloom and wheat fields. Once the harvest is done, usually by the women, the moussem of the rose festival is prepared.

The moussem of roses

Kelaat M’Gouna is an important economic and social center in the region which sees its population double during the rose festival. Indeed, this festival is very popular with foreign tourists, but also Moroccans who come to attend from other cities in the Kingdom to discover the perfumes and cosmetics made from the distillation of rose petals, while knowing that rose water is greatly appreciated in the traditional daily cuisine and in the oriental pastries. It usually starts in the second week of May and lasts for 3 days.
On this occasion, people dress up in their best clothes, sprinkle each other with rose water and petals, sing and dance in the streets with traditional dances such as the sword dance, the ahidous or the bee dance. A young unmarried woman is elected Miss of the Roses for the day and will circulate on her flowered and decorated float, accompanied by music and songs during the whole parade. 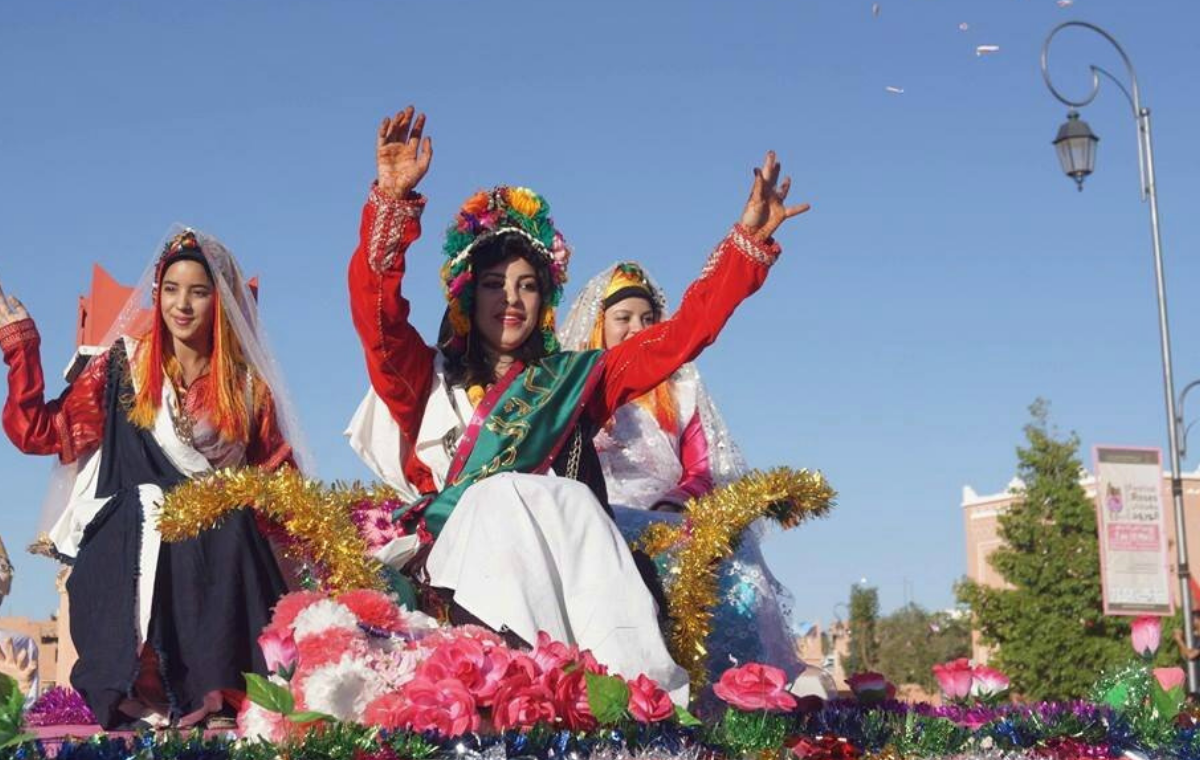 Oral legend has it that the Rosa Damascena was brought back in the 10th century when a group of Berber pilgrims, returning from Mecca, were impressed by the beauty and fragrance of this flower. They brought back some roses and replanted them in the region of Kelaat M’Gouna.

Some seeds, fallen on the way, would have germinated and then bloomed to give these magnificent roses that embellish and make the fame of this part of the High Atlas, which became the valley of roses.

It is in April and May, from dawn, that women are busy picking the precious petals. Nearly 1,000 tons will be harvested to be distilled in the two factories in Kelaat M’Gouna and Souk-el-Khemis.

The copper stills process no less than 300 kg of petals bathed in 700 liters of boiling water. The steam dissolves the fragrant oils, which full of essence, passes through cooling tubes and lead the liquid to a tank, at the bottom of which settles the rose water while the essence is floating. It will be extracted and packaged in essential oil. The rose is appreciated for its perfume and its virtues in cosmetology, it is also part of the traditional pharmacopoeia. 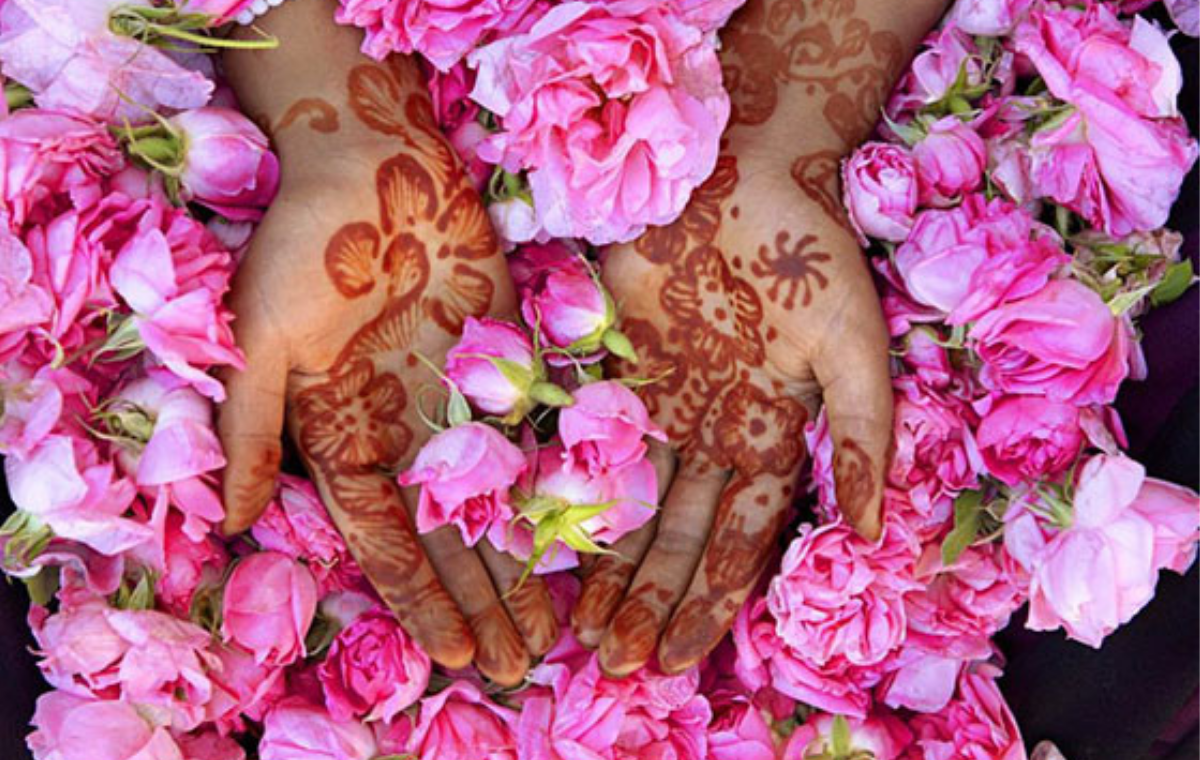