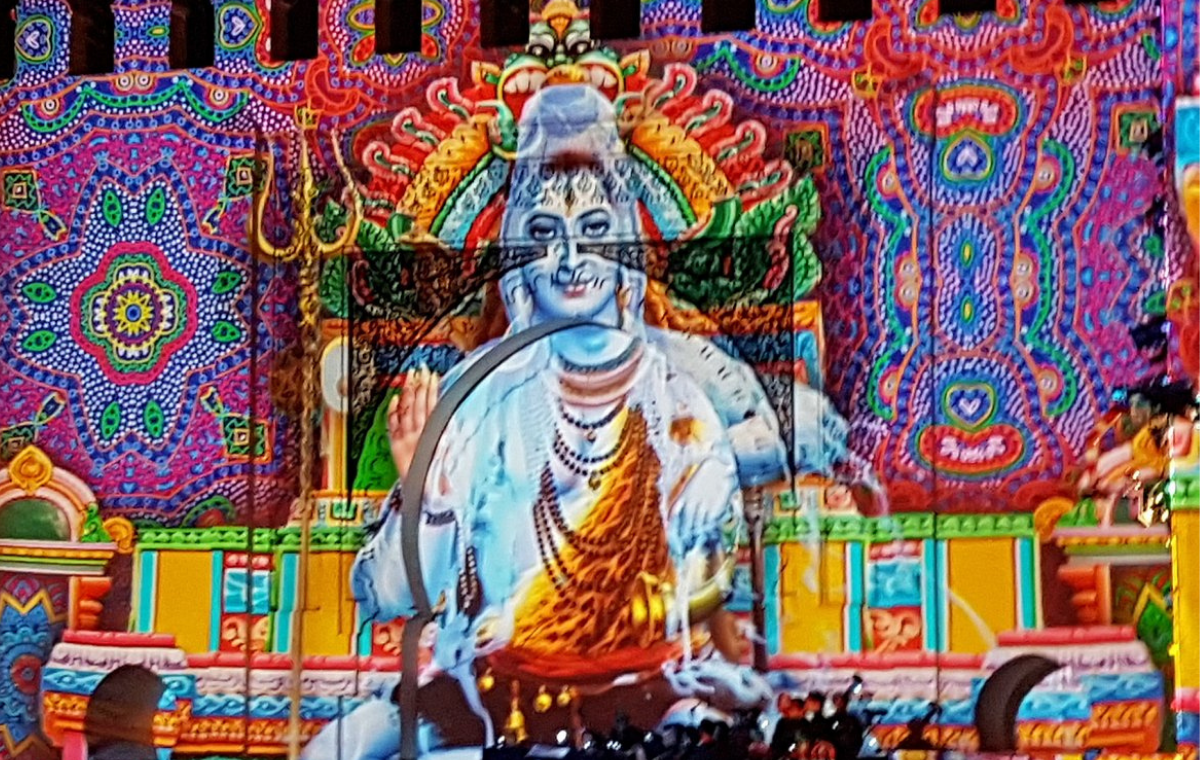 A collection of the most mystical music and dance on the planet, from Bjork to swirling Dervishes.

The Fez Festival of World Sacred Music (Festival de Musiques Sacrées du Monde) is a 10-day event held in the middle of summer in the beautiful city of Fez. Founded in 1994 by Moroccan philanthropist Faouzi Skali, it was intended to showcase the diversity of spiritual music from around the world. The festival features a range of open-air concerts and a mix of genres from whirling dervishes to mystical Sufi singers.

In 2001, the Fez Festival was marked by the United Nations as an event contributing to the dialogue between civilizations. The current patron of the Fez Festival of World Sacred Music is King Mohammed VI. The event is dedicated to knowledge, art and spirituality, with artists from the Middle East, Africa, Asia and Western Europe. Joan Baez, Patti Smith, Björk, Ben Harper, Paco de Lucía, Ravi Shankar, Sabah Fakhri, Kadem Saher, Mounir Bachir, Wadi al Safi, Jean-Claude Casadesus and many others have participated in the festival. It also promotes lesser known talents and their creative projects. 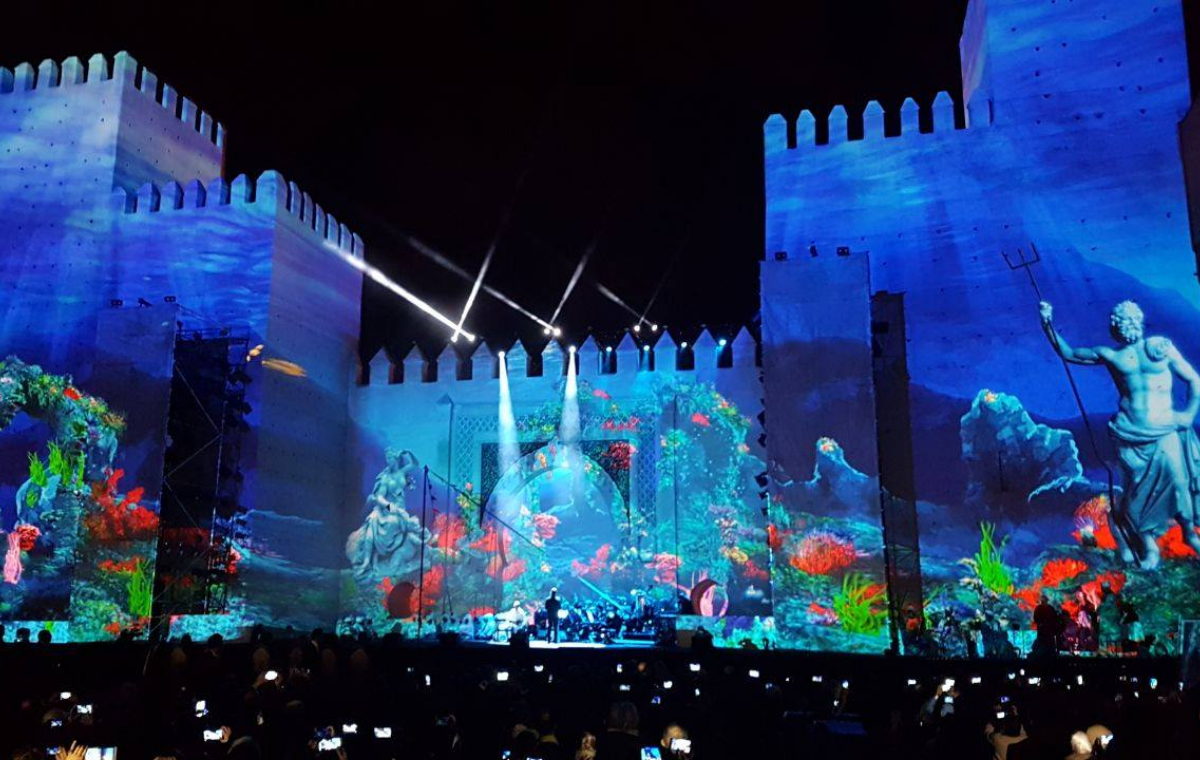 Architecture and Sacred: here is the program of the 26th festival of sacred music of the world from June 9 to June 12 2022 in Fez.

After two years of absence due to the pandemic, the Fez Festival of World Sacred Music returns for its 26th edition from June 9 to 12 in the spiritual capital of the kingdom. Sufi music from northern India, Senegalese songs and kora, “muqam” from Central Asia (Uyghur), oriental jazz (with Ibrahim Maalouf), Moroccan Andalusian music … Here is the detailed program of the festival under the theme “Architecture and the Sacred.

Opening night: Architecture and the sacred
Grand mapping and concert around religions and sacred architectures (Fez, Notre-Dame, Jerusalem, Taj Mahal…) with musicians from many traditions under the direction of Alain Weber

In the company of soprano Marion Grange, composer Michaël Levinas returns with emotion to the beloved Morocco he knew as a child with his father, the philosopher Emmanuel Levinas. A return to his roots that will allow us to hear his Melodies on poems by Paul Celan, from his oratorio The Passion according to Mark and other creative pieces inspired by the kaddish of the Hebrew tradition.

Since its inception in 2015, the Al Zawya Ensemble has been highlighting its messages of love and peace. The ensemble is distinguished by its openness to human diversity and offers, through carefully selected songs, a unique spiritual and auditory experience.

Dynamic and cosmopolitan, just like Casablanca where it was created, the Chamber Choir of Morocco performed for the first time on the occasion of the 100th anniversary of the Cathedral of Saint Peter in Rabat. Led by the excellent Amine Hadef, a singer trained as a choir director with Nicole Corti at the Notre-Dame de Paris choir school, the choir is composed of 25 singers and offers a program of Western sacred music – Bruckner, Mendelssohn, Tchaikovsky?

Dr. Jagriti Luthra Prasanna and Dr. Neeta Pandey Negi are among the greatest voices of Sufi Jugalbandi. They sing Sufiyana Qalams, Qawwali, Kaafi and Ghazals in a traditional style, mixing their own improvisations with selected variations. The two singers are also inspired by Jugalbandi, Indian classical music. Both have degrees in Sufi music from the University of Delhi and compose their own Sufi Qalams. Considered by the press among the 50 most powerful women in India, they invite for this concert another great voice imbued with spirituality, the mezzo-soprano of Iranian origin Ariana Vafadari and the virtuoso flutist of Syrian origin Naïssam Jalal. 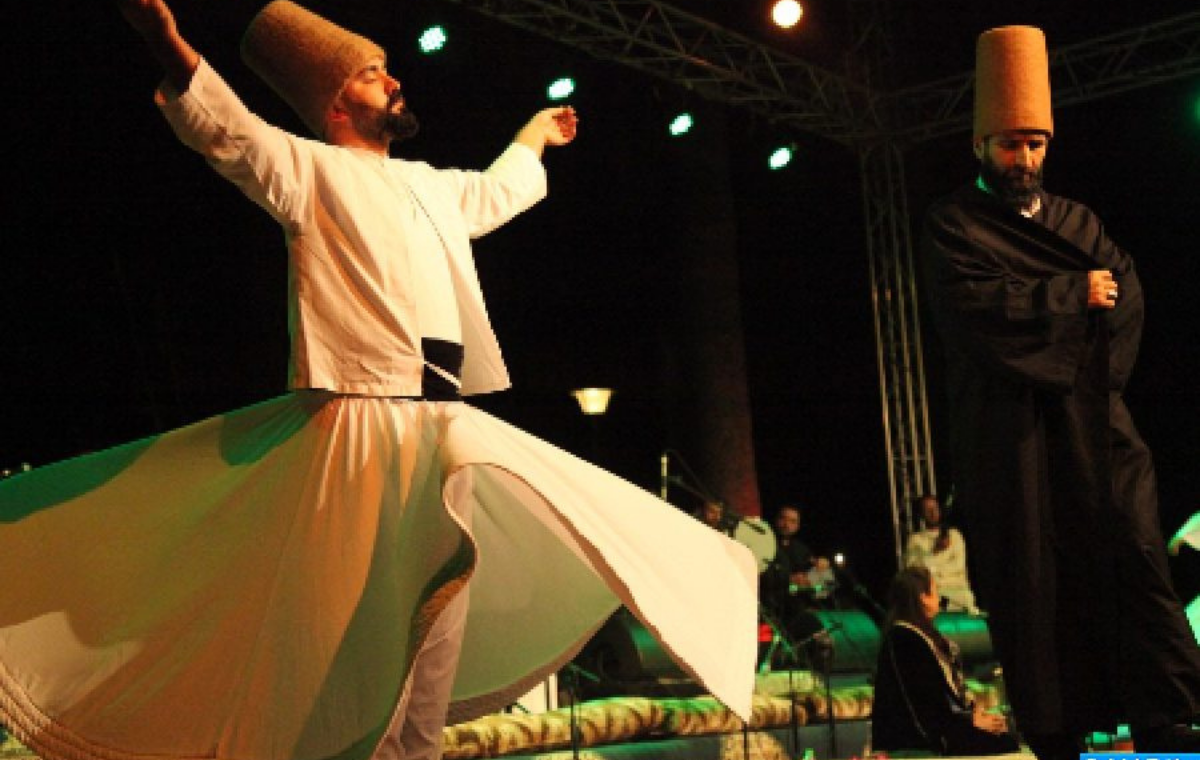 9am-1pm – location to be defined

Forum: Architecture and the Sacred

Song and Kora from Senegal
Senny Camara, kora and voice

It was at the Dakar Conservatory that Senny Camara developed her authentic and poignant voice, inspired by healing songs, and her virtuosity on the kora, an instrument that was previously reserved for men. Spotted and encouraged by Senegal’s greatest musicians, she began an international career, becoming one of her country’s most famous voices. It is in an extraordinary solo that we will discover her in Fez, city of pilgrimage for many Senegalese.

Profane or sacred songs, interpreted in Corsican, Arabic or Syriac, they bring together the universe of A Filetta and that of Fadia Tomb el Hage, two musical traditions whose osmosis results from a great listening and a perfect complementarity between the interpreters. If each of them keeps his specificity, these conversations open imaginary spaces which slowly take shape through the melismas of the voices and the fusion of the timbres, piqued by the presence of the Egyptian slammer Abdullah Miniawy and the saxophonist Peter Coser. From this meeting is born a unique symbiosis gathering in the same impulse tradition and modernity, Corsican and oriental repertoires.

Attested since ancient times in Chinese texts, Uyghur music gave birth in the 15th century to a classical tradition, the muqam, strongly influenced by Islamic civilization and whose canonical repertoire, called onikki muqam, is still practiced in this region of the world and in neighboring countries where there are representatives of these magnificent traditions and listed as intangible heritage by UNESCO. Saniye Ismail and his musicians are among the most precious representatives.

For more than ten years, trumpeter Ibrahim Maalouf has been defending the sacred dimension of the festival with the Haïdouti Orkestar, composed of musicians from all over the world: Eastern Europe, North Africa, Northern Europe, Andalusia, the Middle East… And this is how he presents this project: “At the origin of everything, there are people who move around. It is these nomads who built the sedentary cultures to which the vast majority of us feel we belong. All the time, everywhere, and since always, it is the crossroads of peoples that build the cultures of tomorrow. The music that is born from these encounters is at the same time soothing, nostalgic, festive but also rebellious. Each theme, each melody, becomes a hymn, a hymn to the displaced, a hymn to time, a hymn to “moving” spaces and a hymn to people who owe it to themselves to love each other despite their differences.

In this concert, with the musicians and singers of the Ensemble La Tempête, under the direction of Simon-Pierre Bestion, the links that have been woven between our Mediterranean cultures for centuries are expressed as if through a great celebration dedicated to common roots, and to the way in which sacred and popular rituals always play with borders and identities. The three great monotheistic religions are the striking proof of this and they are declined here “From Fez to Jerusalem”.

Among the most beautiful musical architectures due to the sacred and to the tradition, that of the polyphonies proposed by the brotherhoods of Sardinia occupies a particular place that fascinates, is studied but remains a mystery. Because we can listen to these male voices that resound high, rough, rough and voluptuous at the same time, but we do not understand how, according to the architecture of the places, it happens that a voice of angel or child seems to sing with them. Amazing, beautiful and strong voices that plunge their roots in the land of Sardinia and are like the emanation of it. Around the poly instrumentalist Gavino Murgia, the Tenores de Goine offer a striking example.

Moroccan Andalusian music is a traditional art repertoire, a living vestige of the brilliant Andalusian civilization. The initial framework of this music is the result of a cultural symbiosis within Muslim Spain. Over the centuries, Morocco has integrated and enriched its Andalusian music thanks to generations of master musicians and poets who have ensured the permanence and oral transmission of a monumental corpus. Serving as well the sacred as the profane, it is the same modal and rhythmic configuration which allows to gather musicians and vocalists of the sacred in order to produce a varied spectacle which integrates the two registers ala-ala and the samae. A new show with different modulating transitions and rhythmic contrasts. The five parts of this program will be performed by the orchestra of Fez directed by Mohamed Briouel, accompanied by singers (monchidin) from Meknes.